on July 02, 2015
This past Saturday we realized that something unusual was going to happen.

All six of us were going to be home, for the whole day. Both Mr. Lego and Bookworm now work, and usually have different schedules, but this one Saturday we were all home and did not have any plans.

Instead of gaming, reading, being bored, or finding a job to do around the house (and there is always that to do), we decided to take a day trip.

Because with an 18 year old that is making plans for his future, I don't know how many more of these days we have.


We headed to one of our favorite spots, Pope Beach, South Lake Tahoe. 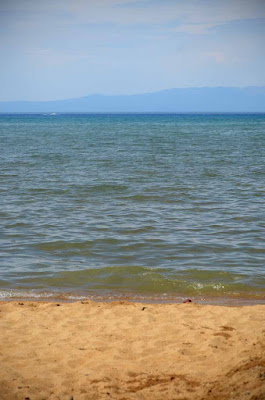 I love being close enough to this beautiful place that we can hop in the car and still get there by mid-morning.

The water was chilly, but we still swam. After all, it was 104 degrees at our house. But here, it was a lovely 87 degrees.

This beach is great, because you can walk out for quite a ways and it only goes up to our waists. It is hard to believe that the lake is the second deepest in the United States at 1,645 feet. 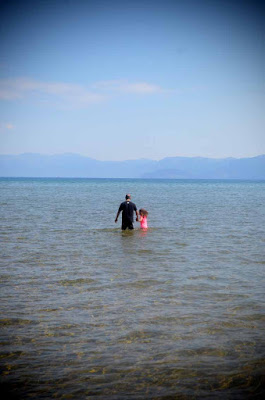 We made our spot on the beach and just hung out. 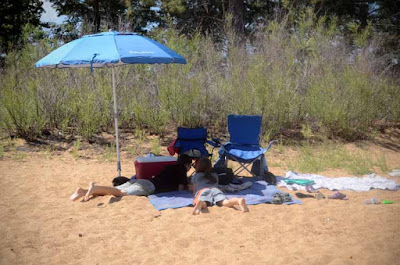 For lunch I had made Japanese potato salad, Karage (Japanese fried chicken), and sesame spinach. 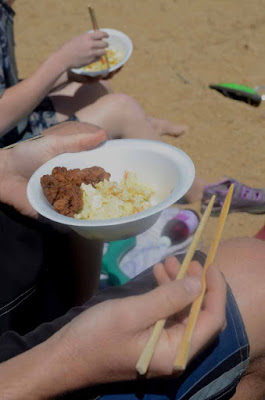 Our kids think nothing of sitting on the beach, eating with chopsticks. 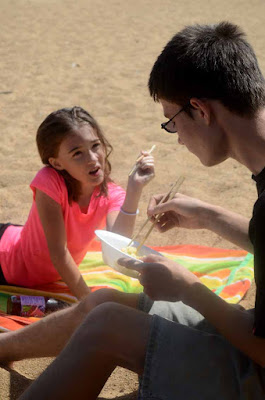 Then Dasher decided she wanted to be buried in the sand. 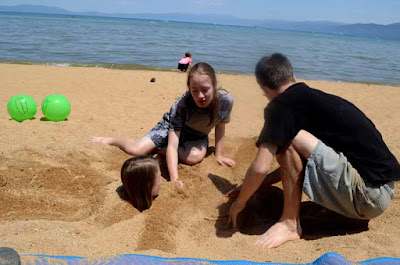 Bookworm and Mr. Lego did a pretty good job of it, and she was trapped. And what do you do when your sister is trapped in the sand? Torture her with nose-tickling and dripping water.

Mr. Lego was next, and his sisters took every advantage of him being incapacitated. 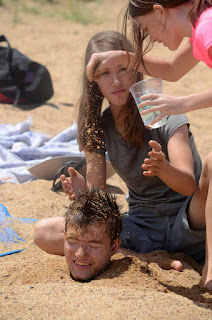 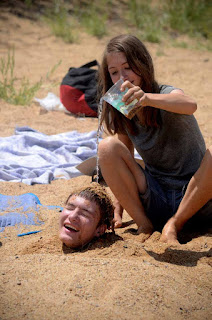 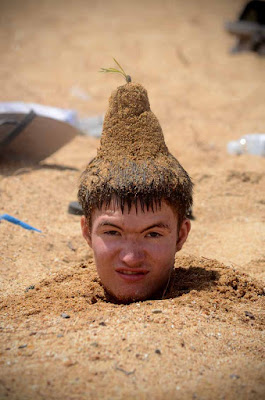 All those years of having a teasing brother.....very slightly paid back.


He definitely need to go for a swim after that.

Here they are trying to get My Sweetie into the water. 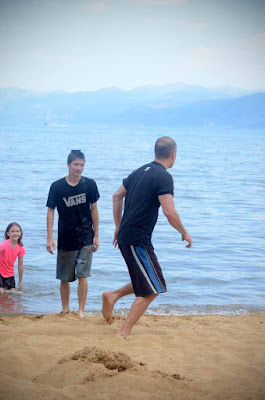 They all ended up in the drink. 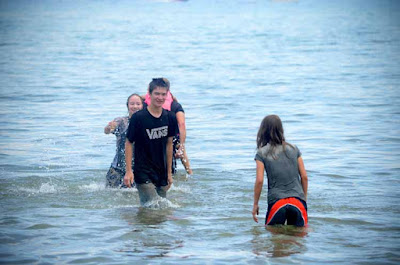 The guys played football for a bit. 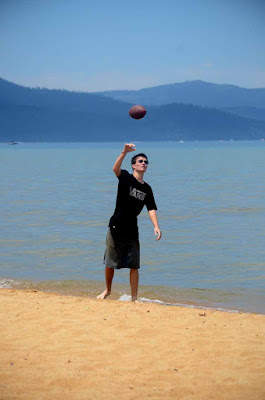 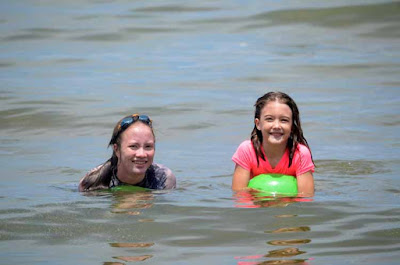 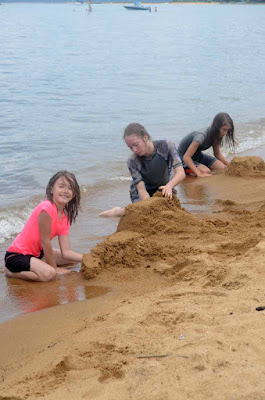 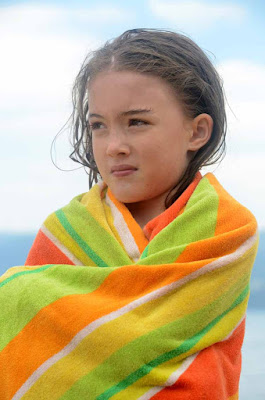 We broke out Bocce....I played a game with My Sweetie and lost, of course.


Here Nutsy has a turn. 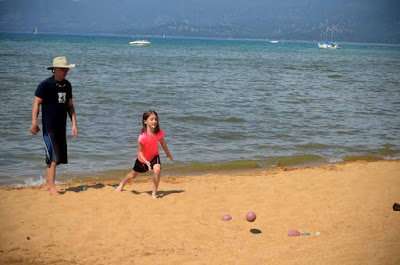 Cuties in the sand. 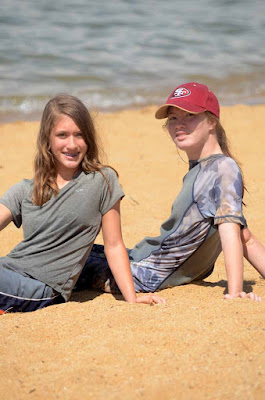 Time really flies. We have been coming up to this beach in Tahoe since we moved to our current home over 15 years ago, and love the wonderful memories we have made here. 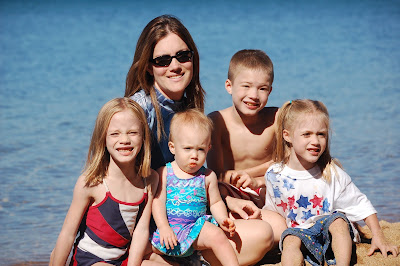 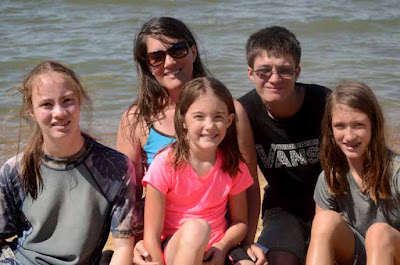