on July 10, 2019
I really love reading historical fiction, so when I was able to review The Heart Changer from Jarm Del Boccio, Author, I was excited to read it. 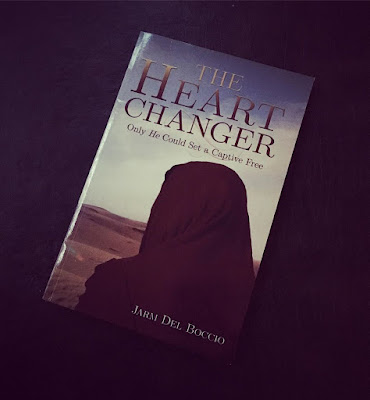 This story is based on the Biblical story of Naaman and his wife's maid. In the Bible there are only 19 verses in 2 Kings that are dedicated to this story, where a captured Israelite girl is a maid to the wife of the commander of the army of Syria. This man, Naaman, has leprosy and the maid tells him of the prophet Elisha, and how he might be able to heal him. Naaman gets permission to travel to Israel and meets Elisha's messenger, who tells him to bathe in the Jordan river seven times. After his servants persuade him to do this, he humbles himself and does what Elisha said, and his leprosy is healed.

The Heart Changer is focused on the maid, and expands on her story. Out of those 19 verses only three talk about the maid, and her name is never given, so building a story about her and her life does take some liberties.

But they are true liberties. As you read it you will see that she is taken captive during a raid, which is the most likely way she became a slave. In the story she befriends her mistress, which makes it possible for her to trust her advice about finding Elisha. She is depicted as a Jew that still clung to her faith even while captive, because she revered Elisha and knew that God gave him power. She is also given a name in the book, Miriam.

But the part of the story that I appreciated was the internal struggle that Miriam had. She is taken from here family, her home, and had to adapt not only to a strange land but to slavery. Another slave in the household torments her and makes life miserable at times. She questions God's hand in this and wonders where he is while all of these bad things are happening to her and really struggles with a sense of bitterness. 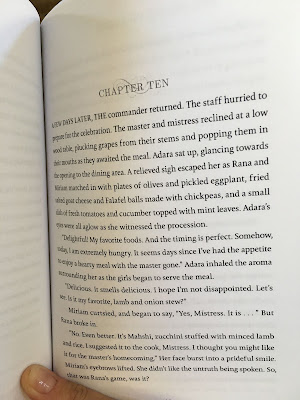 When I started reading this I thought that the title of the book, The Heart Changer, was talking about Naaman. But I realized that it was also talking about Miriam's heart, and how she began to realize God's perfect providence working in her life, even through the many trails she endured.

The book is meant for middle school students and is a soft cover, 116 page book. My college age daughter had some spare time and she read this as well. Both of us felt that this book was very appropriate for that age range. She enjoyed the plot but did wish there was more character development.

Another great feature is that there is a teacher guide on the website to use as well. This 12 page guide has an interview with the author, Jarm Del Boccio, plus a short "interview" with Miriam, the maiden. Then there are some great thought questions to aid in discussion. These range from questioning God, jealousy, having a hard heart, and dealing with unseen circumstances. There is information about the setting of the story: the geography, leprosy and ancient Syria. There are even a couple of Syrian recipes to try.

Here you can see some of the questions that are asked in the Teacher Guide.

I did like this book. I felt like the liberties taken in the story stayed true to the time period. Although I would say that the ending of the story, where Miriam actually finds her family again, seems a little unrealistic. But again, this is for middle school students, and the point of the story is how God works through all circumstances, good and bad.

This book would compliment the study of ancient history nicely, and be a perfect read aloud for younger children. I could also see this used in a Sunday School or co-op setting, with the teacher guide being utilized to encourage discussion in class. You can even add geography activities, crafts and short paragraph essays on your own.

I do recommend this book, you can also check out what other reviewers thought by clicking below.