Chicken Tortilla Soup. This is done in the slow cooker so it is very helpful on busy days. I did not add as many ounces of canned tomatoes as the recipe suggested - I really don't like things overly tomatoish. 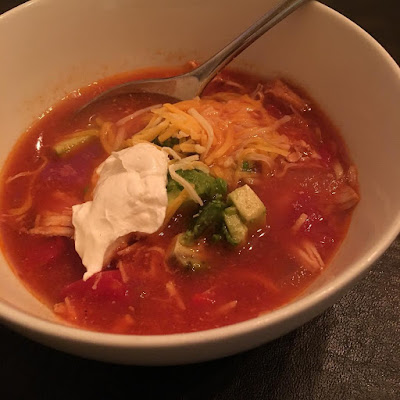 Saimin. This was my own creation, based on a meal we had on Molokai a couple months ago. I did toss out my first attempt at the broth - yes, cooks make mistakes - but my second version was very tasty, and the soup also had egg, kamaboco, dumplings, pork Char Siu, green onions, cabbage, and mushrooms. 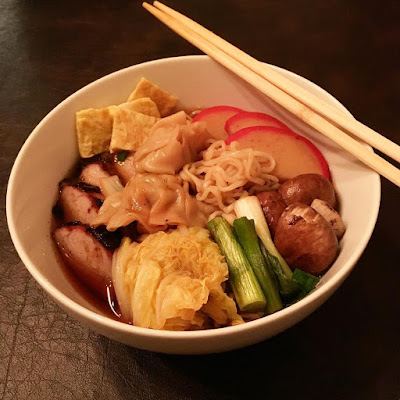 Curried coconut soup with chicken and vegetables. I based it on the recipe I linked, but added things to my liking. And be warned, there is a bit of language in that recipe. 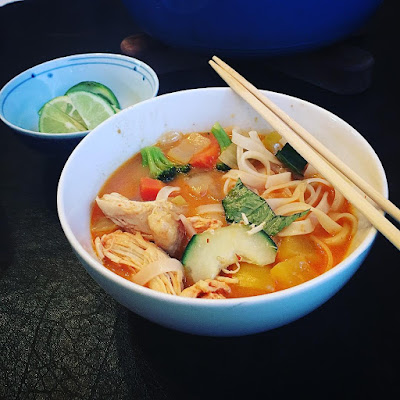 Sweet and Sour Chicken. This recipe was from one of my Cooking Light magazines. It was good, but I did add more spice than it called for. 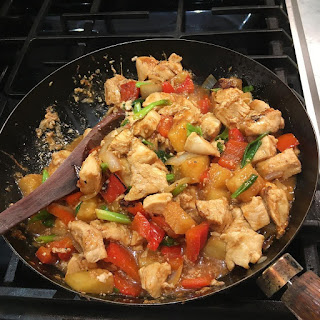 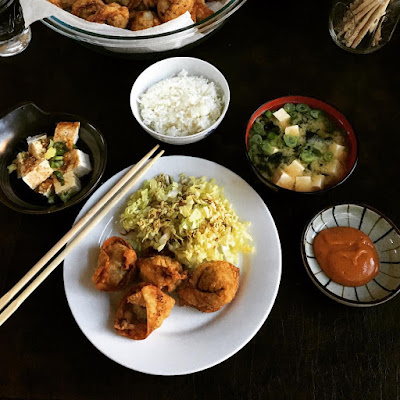 I just realized that out of these meals, four of them are Asian! Yes, we do like our Asian food. And I really only put photos of certain meals on here - we do eat our fair share of spaghetti, tacos, and casseroles for sure.