Yesterday was a Wednesday, which is our co-op day.

And we had a couple of special visitors.


Can you see one of them below? 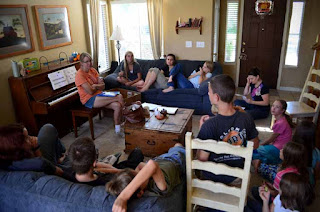 Mrs. D was doing our science lesson...we were learning all about Saturn and its rings. (Did you know that Saturn is the only gaseous planet whose rings are visible through binoculars?)

Here is another photo where you can't miss our little guest.... 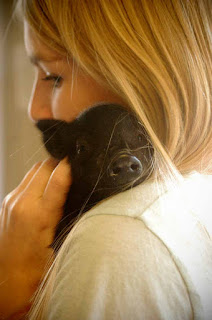 My friend is raising a couple of American Guinea Hogs. These wee ones are only a week and half old and need their milk every hour or so and since co-op is at my house, they brought along the baby piggies too.

When their Mommas weren't holding them they went into their wittle home. 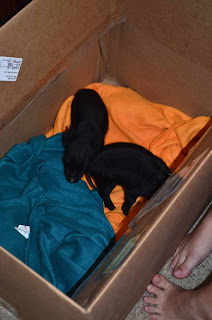 It is funny how everyone's speech changes when there is a baby around; be it human or animal, we all feel the need to baby talk.


After science, Mrs. K taught our history lesson which was super interesting....we listen to two descriptions about the Scopes Trial, one from a Christian worldview and the other from a secular view. We compared the difference and then also learned how scientific evidence supports Creation. 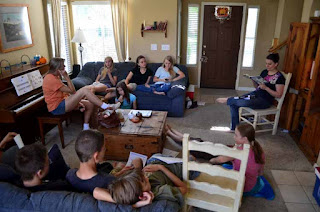 Just a side note: the kids you see above are only half of our group. The younger kids were sitting behind me at the table. We have 14 kids in our co-op, ranging from 7 to 18 years.

Then it was time to feed the piggies lunch. 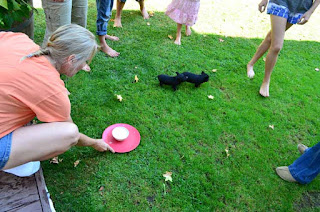 Because these little buggers were messy eaters. 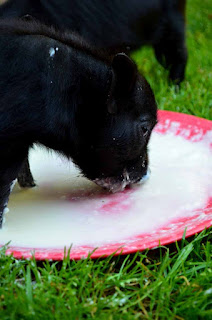 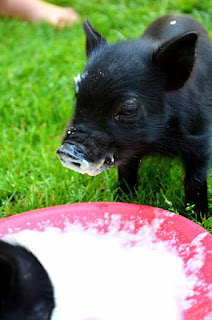 After they were done it was time for their Momma to clean them off...and they certainly let her know that they didn't care for their bath. Those things were seriously putting up a real pig fuss. 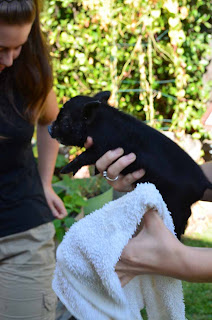 My neighbors probably thought that those crazy homeschoolers were going from 4-H rabbits to swine.... 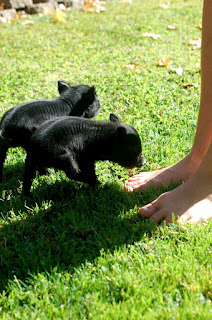 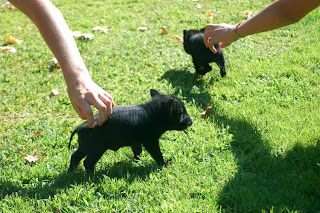 And since we are homeschoolers? We went back inside for a piggy anatomy lesson. 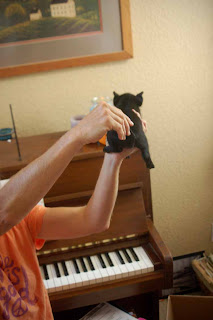 I gave our music lesson; we learned more about chord progression and practiced rhythm. Then we sang and worked on harmonizing parts for a couple of hymns we are learning.

Then the kids went outside to play and I decided to hold a piggy....they sure knew who had fed them and cared for them. When I tried to hold this one he squealed for a good 5 minutes before settling down and accepting his fate of letting me hold him. 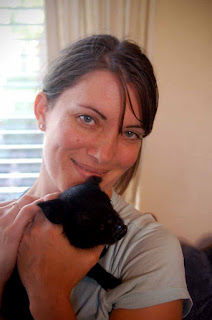 My kids had a blast learning about Saturn, creation, music and American Guinea Hogs. Another reason why I love homeschooling....