on October 13, 2011
It's time for another post about 4-H. If you are interested, I have already written an orientation on 4-H and also written a post about projects.

I took my camera to last month's meeting, but didn't have the right lens with me, so the club meeting photos didn't turn out too well. But I did remember to bring it to this month's meeting and got some nice pictures.

A 4-H club meeting is a lot like a business meeting. In many ways. Like we tell the kids, sometimes you have to pay attention when you are bored, and sometimes you have to get up in front of everyone and give a presentation. This is all good practice, especially for my son, who will one day be a provider.

The meeting starts out with the pledge of allegiance and the 4H pledge. These are led by the Sergeant-at-Arms. 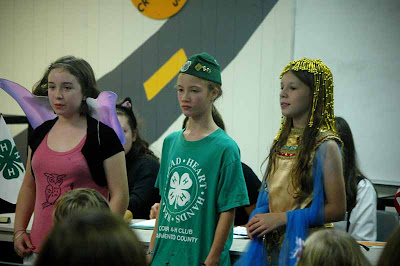 Have you ever wondered what the 4 H's stand for? Well you are about to find out.

As a true 4-Her,
I pledge my head to clearer thinking,
my heart to greater loyalty,
my hands to larger service,
and my health to better living,
for my club, my community,
my country, and my world.

Head, heart, hands, health. I have actually seen a judge ask what the 4 H's stand for at a county fair showmanship competition to determine a tie!

The president leads the meeting and the first thing up, is for the secretary to read the minutes.

Now lest you think that our club is having an impersonation night; for the October meeting, they could wear costumes.

I had nothing to do with this. 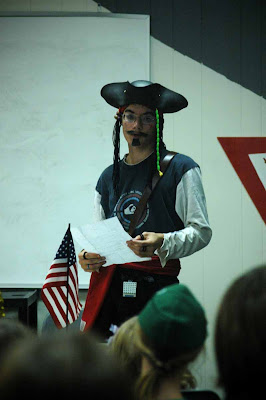 After that all the officers give their reports....the treasurer, historian, editor, sales coordinator and club correspondent.

Next up is the project reports. These can be done by anyone in any project. That child gets up and give a short report on what was learned that month at their project meeting. 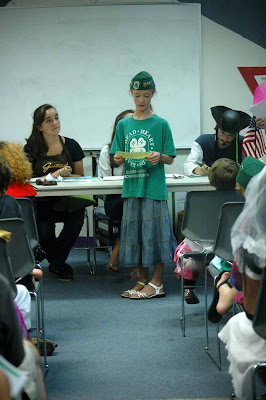 Her costume was her 4H uniform.

The other projects that we heard from were the rabbit project, riflery, arts & crafts, and the hug-a-pet projects.

After that comes the old business.....at the meeting this week the vice-president passed out awards she had picked up at the county achievement night.

Here is Mr. Lego getting a gold medal for his record book at county judging. 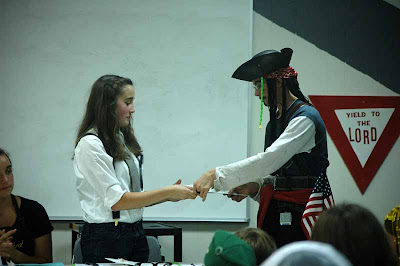 Then comes new business.....this month the members elected someone as the web officer, and also voted to include the names the new club leaders on our bank account.

Committees then give their reports...this can range from river clean up committees, food drives, and the grange breakfasts.

Finally, the president talks about the upcoming meeting and any announcements. 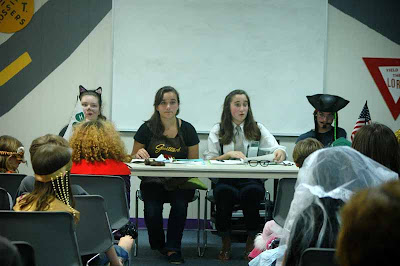 (Mr. Lego, as the secretary, is furiously writing the entire time so as to include all the happenings in the minutes.)

Then a member motions to end the meeting, someone seconds it, and the club meeting is over!

The meeting lasts between 30 to 45 minutes and is completely run by the kids.

At each meeting we also do a fun activity; this week it was having a pumpkin coloring contest and a dessert potluck.

Here is Nutsy coloring her pumpkin.... 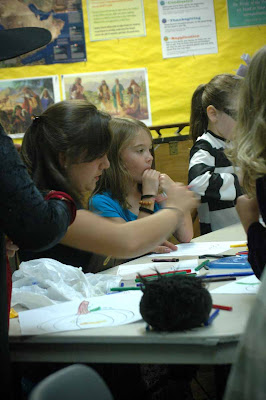 Next month we are having a pie eating contest, and the following month is our canned food drive.

And just so you can see what they look like all the other months when they are in uniform, this was from last month. 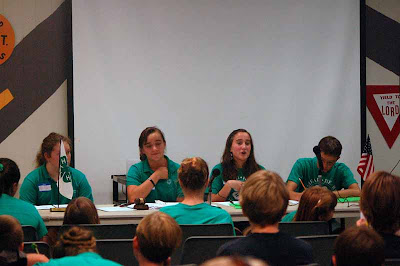 Our club has a fun time, but does take this seriously. I have seen my children become much more confident in front of others and more assertive when speaking publicly. And a lot of that I think is due in part to our involvement in 4-H.