on April 02, 2010
This last weekend we had beautiful, spring weather so we decided it was a good time to start the garden. Last year we had built 2 3x4 raised beds and so the start up was minimal this time. (Yay!!!) I also had a big variety last year and some of the plants did not harvest very much, so this year we decided to focus on a few vegetables and plant more of them. First I threw some of the rabbit droppings on the boxes, then worked it in. That's the great thing about rabbit poop, it can be put straight into the dirt. Then I made my string lines again as we do square foot gardening. 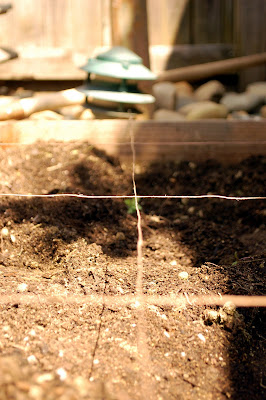 Then I laid out where the veggies should go, this time making sure to put the tall plants in the back. :-) 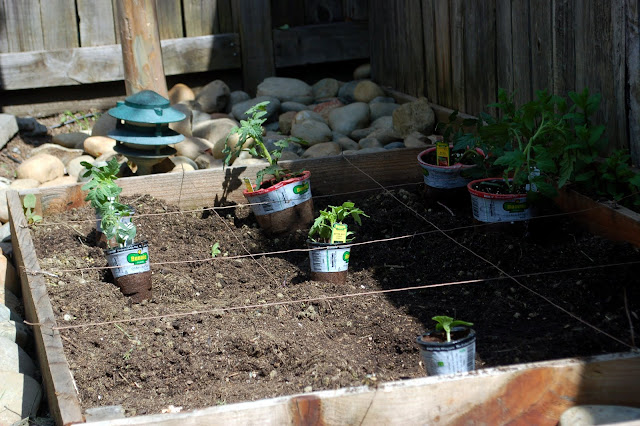 We did 9 tomato plants this year. 6 of them were hybrid, but I chose 3 heirlooms to do; a Pearson, Prudens Purple and Mortgage Lifter. Mortgage Lifter is so named because the man who developed it eventually sold his whole farm for a load of cash. :-) We also planted 2 Japanese cucumbers, basil, lavender, parsley and rosemary. I had bought 3 cucumber plants but when we got home I realized that one of the cucumbers was actually a yellow crookneck squash so he went in too. I just couldn't abandon him! Here is the herb garden: 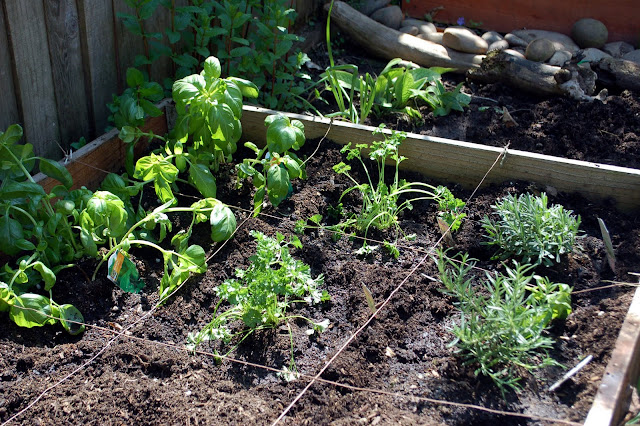 I also have a little section off to the side that is my medicinal garden; I have a Comfrey plant and garlic there too. I used to have an Aloe Vera but it died during the winter, so I want to replace that. You can also see in this picture the box my Sweetie built to put the rabbit droppings in; the kids are actually hoping to sell some of it to our neighbors. 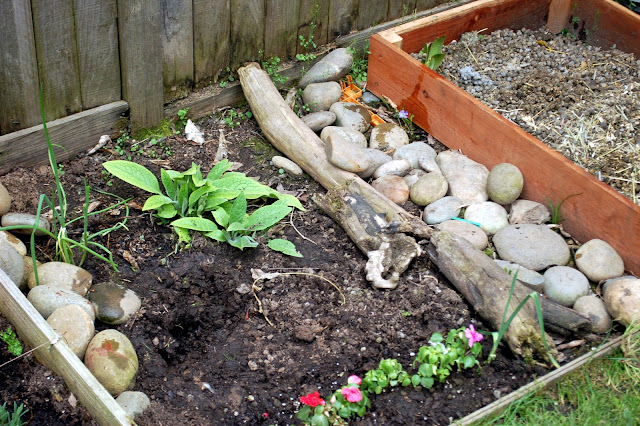 I let each of the kids chose a flower to plant and they chose some pretties. Here is Bookworm with hers: 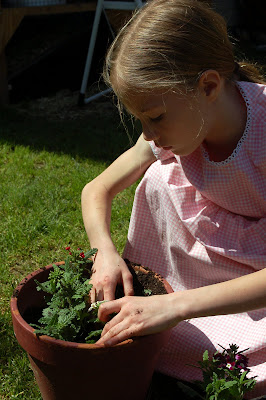 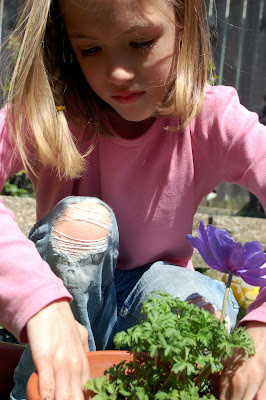 And Nutsy who wore her flower dress for the occasion: 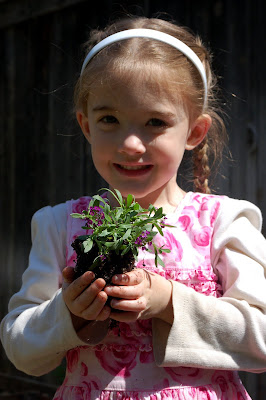 Mr. Lego opted to get a jalapeno and a lemon-thyme plant to put in pots on the deck. He planted his so fast that I didn't get a photo of him.

So I am eagerly anticipating some garden fresh tomatoes this summer! How about you, do you have a garden? 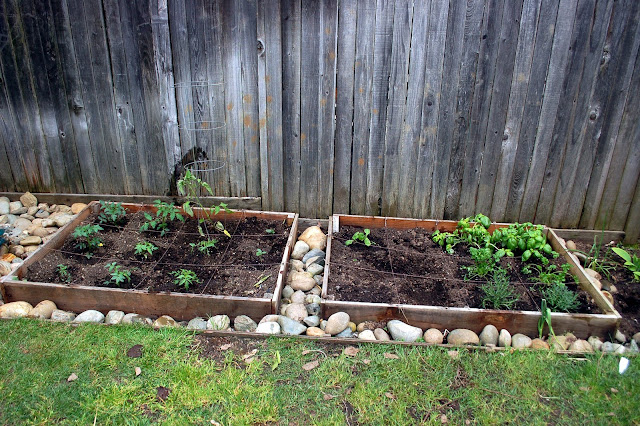